What Gives the Blues that “Sound”?

Home/History/What Gives the Blues that “Sound”?
Previous Next

What Gives the Blues that “Sound”?

From the difficult lives of formerly enslaved African Americans in the Deep South came the blues. Those humble, hardscrabble origins and the African musical heritage of the performers helped shape the genre and its main elements. Let’s take a look at some of the characteristics that make a song a blues song.

One element of the blues traces its roots back to the fields. There toiling slaves sang not just to pass the time at their tedious, backbreaking work picking tobacco and cotton but also to communicate. The pattern they often used in their work songs was called call-and-response. In this singing, a leader sings a line, and the group answers. For example, the leader might sing “I’m going home tomorrow” and members of the group might respond “I’m going with you.” Coded messages disguised in the songs—just meaningless melody to the overseer or slave master—could lead the most daring to a spot on the Underground Railroad. The call-and-response pattern became part of some blues songs. You might hear a singer call and other singers respond, a performer sing a call and then respond with an instrument, or a musician perform a call-and-response entirely with instruments.

Perhaps one of the easiest clues to identifying a blues song is the pattern of the lyrics, or words. You’ll often hear 3 lines of rhyming lyrics, typically expressing very strong emotions. The singer sings a line and then repeats it (though it might be sung slightly differently the second time to emphasize the emotion being expressed). The singer then sings a different third line that often responds to or reflects on the previous 2 lines. Notice this pattern (also sometimes referred to as AAB) and the rhyme in “Hound Dog,” first performed by blues singer Big Mama Thornton and later adapted into a rock ’n’ roll song by Elvis Presley this way:

And notice that this is just one element of the blues that paved the way for rock ’n’ roll music!

Saturday night is your big night. Everybody used to fry up fish and have one hell of a time. Find me playing till sunrise for 50 cents and a sandwich. And be glad of it. And they really liked the low-down blues. – Muddy Waters

When you listen to the blues, you might immediately notice that it sounds different. That sound you hear that you might call “bluesy” is an effect called blue (or flatted) notes. Blues musicians play certain chords (combinations of two or more notes) at a slightly lower pitch than on the regular musical scale. This practice might have developed as musicians used to the African 5-note (pentatonic) scale adapted it to the common Western 7-note scale. If you watch a blues guitarist closely, you’ll see the performer bend the strings to play these blue notes—and that’s why you’ll sometimes hear them called “bent” notes. The slight lowering of the pitch tends to create a darker, sadder, or more mysterious sound.

Much of music of any genre is built on chords, which are two or more notes played at the same time to make a specific harmonic sound. Even non-musicians can usually tell the difference between a major chord, which sounds happy, and a minor chord, which sounds sad. Certain chords played in a particular order—what’s called a “chord progression”—provide the building blocks of blues, rock, jazz, and other pop music. A very common blues chord progression is the 12-bar blues. If you know music chords, this progression is I, IV, and V (or in the key of C, it would be C, F, and G). Those three chords are repeated in this order: I-I-I-I-IV-IV-I-I-V-IV-I-I. There are also 8- and 16-bar blues, but the 12-bar pattern is the most common.

From its very beginning, the blues has been a largely improvised music, created spontaneously without written music or prior planning. In the early days of the genre, poor African American farmers would often gather together on each other’s porches and in churches and homes to jam for hours. They didn’t have printed music, and so they would make up tunes and lyrics on the spot. Singers or instrumental soloists can both do this act of invention, building from the chord progression, melody, and rhythm already being played. Improvisation often happens within a call-and-response framework, as the two in a musical conversation banter back and forth phrase by phrase. In fact, you improvise every time you have a spoken conversation! And it’s just the same between a harmonica and a singer, or a banjo player and a guitar player. Note that improvisation is no substitute for study or musicianship—on the contrary, the early blues musicians couldn’t read or write music so they developed new skills centered on listening to and learning traditional songs from other musicians. Improvisation is also an important part of the blues because it allows for spontaneous, heartfelt personal expression of pain and longing for a better life.

You’ll likely hear one or more of these elements in any song considered the blues. But keep in mind this unique American art form truly has many shades. One singer and a guitar can create a blues song as can a whole band. These various elements can come together in songs that inspire you to think or inspire you to dance. And the blues continues to evolve. Experience the elements of the blues in the many programs Strathmore is offering through the Shades of Blues Festival. 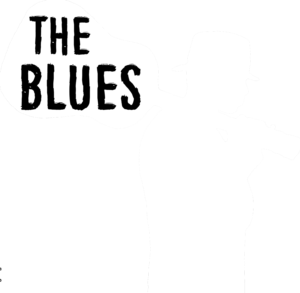 As much as we would love to have a formula for chord progressions, lyric structure, themes, or whatever, it’s not about any of those things. Yes, they help define the music we love, but it is, and always has been about emotion. You either feel it or you don’t. You either are touched by the lyrics or you’re not. Some people claim the blues is a primitive, unsophisticated musical genre, but when I hear that, I know that they just aren’t able to tap into the passion and emotion that is the underpinning  of the blues. To me, sometimes it’s like crying put to music, or anger, or joy, or whatever. It’s created by people that are driven to express themselves musically, and while they may not all be Julliard trained musicians, no one will ever match the emotion and passion that true blues musicians put into their songs.

I think it’s amazing how John Lee Hooker can do and entire song on ONE CHORD…but I never notice because I’m so caught up in the pain in his voice as he sings. To me, THAT’S what makes the blues sound like “The Blues”.