How To Sing The Blues

How To Sing The Blues

Its more than just the feeling…

“How To Sing The Blues” by Lame Mango Washington

1. Most blues begin, “Woke up this morning.”

3. Blues are simple. After you have the first line right, repeat it. Then find something that rhymes. Sort of:
Got a good woman
with the meanest dog in town.
He got teeth like Margaret Thatcher
and he weighs 500 pounds.

5. Blues cars are Chevys and Cadillacs. Blues don’t travel in Volvos, BMWs, SUVs, or Prias. Other acceptable blues transportation is a Greyhound bus or a southbound train. Walkin’ plays a major part in the blues lifestyle. So does fixin’ to die.

7. You can have the blues in New York City, but not in Brooklyn or Queens. Hard times in Vermont or North Dakota is just depression. Chicago, St. Louis, and Kansas City are still the best places to have the blues.

8. The following colors do not belong in the blues:
a. violet
b. beige
c. mauve

9. You can’t have the blues in an office or a shopping mall — the lighting is wrong.

10. Good places for the Blues:
a. the highway
b. the jailhouse
c. an empty bed

Bad places:
a. ashrams
b. gallery openings
c. weekend in the Hamptons

11. No one will believe it’s the blues if you wear a suit, unless you happen to be an old black man and you slept in it.

12. Do you have the right to sing the blues?

Yes, if:
a. your first name is a southern state — like Georgia
b. you’re blind
c. you shot a man in Memphis
d. you can’t be satisfied

No, if:
a. you were once blind but now can see
b. you’re deaf
c. the man in Memphis lived
d. you have a retirement plan or trust fund

13. Blues is not a matter of color. Tiger Woods still cannot sing the blues, Gary Coleman could. Ugly white people also got a leg up on the blues. Neither Julio Iglesias nor Barbra Streisand can sing the blues.

14. If you ask for water and baby gives you gasoline, it’s the blues.

Other blues beverages are:
a. wine
b. whiskey or bourbon
c. muddy water
d. black coffee

15. The following are NOT blues beverages:
a. any mixed drink
b. any wine kosher for Passover
c. Yoo Hoo
d. bottled water

16. If it occurs in a cheap motel or a shotgun shack, it’s a Blues death. Stabbed in the back by a jealous lover is another blues way to die. So is the electric chair, substance abuse, or being denied treatment in an emergency room. It is not a Blues death if you die during a liposuction treatment.

17. Some Blues names for Women
a. Sadie
b. Big Mama
c. Bessie

Persons with names like Sierra, Sequoia, and Rainbow will not be permitted to sing the blues no matter how many men they shoot in Memphis.

Mix and Match to taste

20. I don’t care how tragic your life: you own a computer, you cannot sing the blues. You best destroy it. Fire, a spilled bottle of whiskey, or get a shotgun. I don’t care.

“I’d always wanted to sing, but I had been singing spirituals because the background was a church background, basically. It wasn’t that big a switchover, because the blues and spirituals have the same sort of phrasing, and you just sing ‘baby’ instead of ‘my Lord’. I don’t see anything wrong with singing the blues: I just don’t put the two together.” 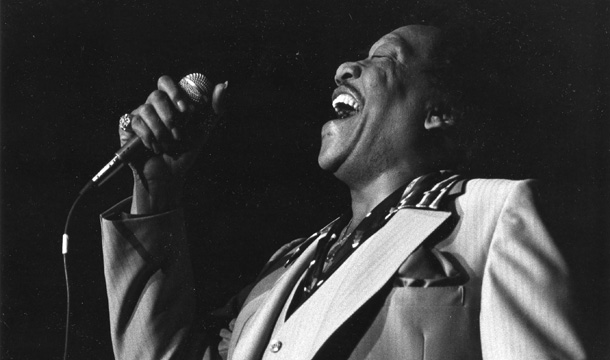