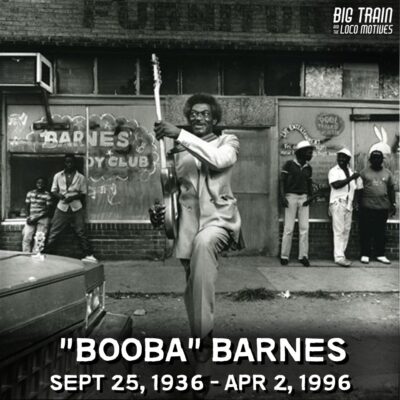 HEY LOCO FANS – be sure to sing happy birthday to a Mississippi Juke Joint Legend Roosevelt “ Booba” Barnes, born this day in 1936. Born in Longwood, MS. He learned to play harmonica at 8, playing juke joints at 16, and a regular performer in the clubs on Greenville’s famed Nelson Street by 17. His nickname came from a brother who said that Roosevelt “was worse than a booby trap.” 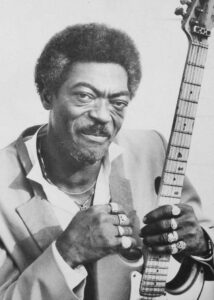 Booba formed his own band called the Swinging Gold Coasters in 1956 and started playing guitar in 1960. He relocated to Chicago in 1964, where he played in bars and clubs, but returned to Mississippi in 1971 and continued to perform locally into the early 1980s. In 1984, Barnes hooked up with Lil’ Dave Thompson when the latter was aged 15, and the duo played on Mississippi’s juke joint circuit. Barnes opened a nightclub, the Playboy Club, in 1985, and played there with a backing group called the Playboys; they became regional blues favorites, and eventually signed to Rooster Blues, who released Barnes’s debut effort in 1990.

The album was hailed by Allmusic as “an instant modern classic”, and Guitar Player called Barnes “a wonderfully idiosyncratic guitar player and an extraordinary vocalist by any standard”. Barnes toured the U.S. and Europe following the album’s release. 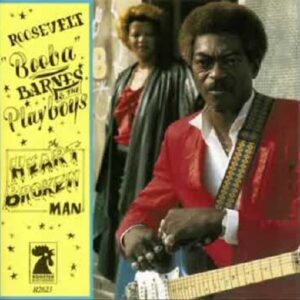 Robert Palmer began filming his documentary Deep Blues and captured Barnes and The Playboys live in The Playboy Club. Palmer describes Booba in his liner notes to “Deep Blues” this way: “To call him a flamboyant showman would be an understatement. He twists, he turns, he drops to his knees, he plays one-handed, and he picks more guitar with his teeth and tongue than many more celebrated Bluesmen who use their fingers.” In 1995, Booba Barnes was diagnosed with severe lung cancer and the disease progressed quickly. But he kept touring almost until the end. He played the Rock ‘n’ Roll Hall of Fame in February of 1996. Barnes died of lung cancer on either April 2 or April 8, 1996, in a nursing home in Chicago at the age of 59.

Here’s a clip of him at his juke joint “The Playboy Club” in 1983 – https://youtu.be/mDVEQEYySuw

Booba Barnes – “How Long This Must Go On” 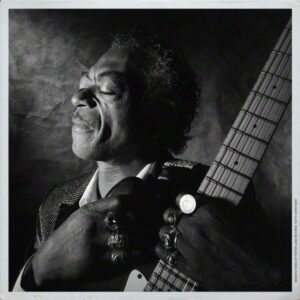